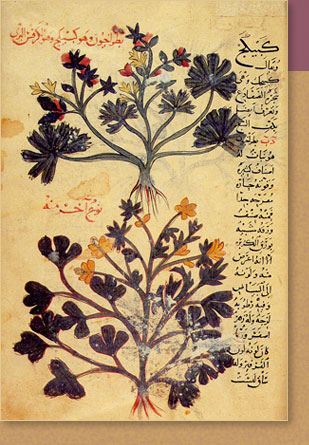 The Post-classical Islamic Philosophy Database Initiative (PIPDI) will create the infrastructure that is needed for a systematic investigation of the vast but severely understudied corpus of Islamic philosophical texts dating from 1100-1900CE. These post-classical texts include original and exegetical works on logic (syllogistic and dialectic), philosophy of language, epistemology, ethics, metaphysics (ontology and theology), natural philosophy and cosmology, and philosophy of mind.

Up to now research on Islamic philosophy has focused on the classical period (ca. 800-1200CE), which directly influenced medieval and Renaissance Europe. By contrast, the post-classical period that followed it, and which lasted until the 19th-century irruption of the European imperial powers into the Islamic lands, remains relatively unexamined. Yet many post-classical philosophical works formed a central component of the curriculum in traditional institutions of Islamic education. PIPDI will create a searchable database index of the 400 most influential and original philosophical texts written in Arabic during the 1100-1900CE period. The Project Leader, Robert Wisnovsky, has already collated two handlists totalling just under 3,000 Arabic philosophical texts that were produced and survive from this period; one handlist is already published* , the other is being prepared for publication. From this total Wisnovsky has selected – subject to modification by an advisory board – an initial tranche of 400 to be indexed during PIPDI’s four-year funding period (2008-2012). These 400 works will be the 65 most broadly disseminated Arabic philosophical texts from the post-classical period plus 135 of the most influential commentaries (out of a total of 850) on those 65 texts; as well as a further 200 of the most innovative and important Arabic philosophical texts from the remaining 2,000 or so less canonical works.

Approximately 85% of these works remain unedited and survive only in manuscript form. To provide PIPDI’s technicians with a representative sample of variant readings, an average of five of the best and most easily accessible manuscript copies of each of the 400 selected works will be purchased in the form of microfilms or microfiches, or as CDs or DVDs of already scanned images. PIPDI technicians will use a high-speed scanner to convert all undigitized image-frames into computer-readable high-definition TIFF files. Two technicians will then construct the index by cleaning, coding and entering the information contained in the scanned images. The first is the Metadata Editor, who will be responsible for indexing descriptive information on the author of the work, on the work itself, and on the individual manuscript copies. The metadata will provide the basis for research on the bibliographical and sociological aspects of the postclassical Islamic philosophers and their works. The second is the Data Editor, who will be responsible for indexing the work’s contents, according to folio and line number. The data will provide the basis for research on the conceptual evolutions of post-classical Islamic philosophy. Part-time graduate-student Research Assistants will work alongside and aid the two editors. In order to maximize PIPDI’s scope, it is being integrated with the project led by Jamil Ragep to create a database index of scientific manuscripts (ISMI/STIS).

By creating the infrastructure necessary to index and investigate the post-classical period of Islamic philosophy, PIPDI will enable researchers to integrate the classical with the modern periods of Islamic thought, and thereby ensure that this complex and dynamic intellectual tradition is understood in detail by scholars and students, both Muslim and non-Muslim.